Accueil / Latest News / The NEW Polymer £10.00 note, will our fire safes protect it?

The NEW Polymer £10.00 note, will our fire safes protect it?

Today more than one million new polymer £10.00 notes went into circulation in the UK. 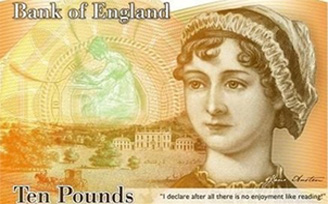 What is most interesting about this new polymer £10.00 note is the addition of a tactile left-hand corner, developed with the help of the royal national institute of the blind; this feature has been added to help blind and partially sighted users, which we think is fantastic.

The new polymer £10.00 note features a portrait of Jane Austen the author of the classic novel Pride & Prejudice. The note has been released on the bicentenary of her death, which is today! Jane Austen will replace Charles Darwin who has appeared on the notes since late 2000.

This is the second of the new polymer notes to be released into circulation in the UK, the first being the £5.00 pound note which was released on 13.09.2016. These new notes are considered cleaner, safer and stronger. Besides outcry in 2016 for the revelation that a small amount of tallow, or animal fat, was used to create the polymer notes, the decision has been carefully considered that the new £10.00 and £20.00 notes will use the same manufacture process.

This is where Phoenix Safe comes in, we would like to reassure all of our customers and safe users; that our fire protection safes are still going to protect your cash.

It’s no secret that the new polymer notes have slightly lower fire & heat resistance than their paper counterparts.

The polymer £10.00 note will start to distort at 120°C but will melt at 170°C. This is nowhere near the resistance our safes provide in a fire. Our safes are tested to their limits before they even become available to our customers. They are tested inside of a giant furnace that typically exceeds temperatures of over 1000°C; while being subject to this the internal temperature never exceeds the temperature they are designed to protect.  Ensuring your new polymer £10.00 notes are as safe as they possibly can be. 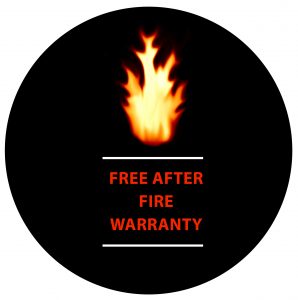 We are so confident that your notes will be secure, we offer a FREE lifetime “After-The-Fire” warranty, meaning that should you be unlucky enough to suffer a house fire or commercial fire, Phoenix will replace your Phoenix fire safe free of charge.

For more information please feel free to contact us!